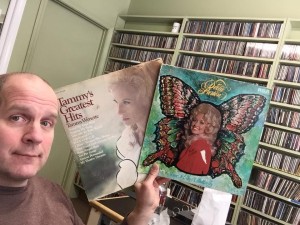 Join Chris Canfield every Saturday morning from 9:00am – noon with My Country Place.  Chris digs deep into the country music genre playing some of the best old and new country artists.  You will hear Loretta Lynn, Johnny Cash, Shania Twain, Conway Twitty and more.

Chris Canfield, a resident of Litchfield, CT, joined the WAPJ volunteer staff two years ago although he’s been listening to the station for over a decade. 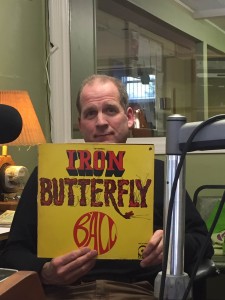 J. No Commercial Potential which airs Wednesday from 5pm – 7pm and which features Rock music, with a focus on obscure songs.  His other program, My Country Place, which can be heard Saturday mornings from 9am to noon, features Country music, has a focus on classic Country and Country-Rock crossovers. When asked why he initially chose to volunteer at WAPJ he responded “I love pop music and enjoy sharing that with listeners.” He found getting a program on WAPJ “Not hard at all. I had some prior experience, so I got on the air in one month of joining the staff.”

Chris, who’s favorite artists are Frank Zappa and Hank Williams, likes all genres of Rock music, and he is nurturing his growing appreciation for Country.  He’s very open to music from any genre and says that he likes being part of an organization that promotes the arts and provides him a creative outlet. His first concert, Kiss back in 1976, was his favorite show. 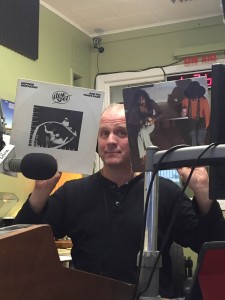 In addition to music Canfield’s interests include politics, pop culture and caring for the farm animals at his home in Litchfield which he shares with his wife and three teenagers. He is a high school chemistry teacher and plays guitar and sings.

In addition to doing two weekly radio programs Chris serves as WAPJ’s Program Director, a position he had held since 2015.  He volunteers at WAPJ because it provides “A way to help members of the community communicate with each other.”